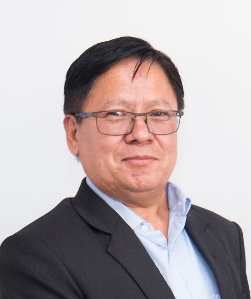 Very important document for the development of Information Technology sector in Nepal, "Digital Nepal Framework" was approved by the Government after long and extensive exercise of repeated consultations and deliberations under his leadership.

To make the Internet safer and secure in Nepal, "Information Technology Emergency Support Group Operation and Management Directive 2018" was approved by the government and National Cyber Security Monitoring Center has been established.

A major breakthrough in advertising sector, Advertisement related legislation "Advertisement (Regulation) Act 2019" with "Clean Feed" provision has been approved by the parliament, a very few such legislations in the world, during his tenure in the ministry.

While at the Ministry of Local Development and Federal Affairs as a secretary, a high level committee to local level was formed and legislations related to 6 constitutional bodies were drafted.

During his tenure at the Office of the Prime Minister and Council of Ministers as a Secretary, he has coordinated governance restructuring process.

Beside the regular bureaucratic function, he also served as Chairperson of Board of Directors of Rastriya Banijya Bank Limited (one of the largest Commercial banks in Nepal), Nepal Telecommunication Company, National Information Technology Center, Security Printing Center, Radio Nepal. During his tenure at RBB, it was ranked highest profit making bank among 28 commercial banks in Nepal.

He has lead number of delegations representing Nepal in number of international, regional and bilateral meetings, seminars, workshops, conferences and tours overseas. The foreign visits ranges from ITU to environmental and governance related programs. During these visits, he participated as panelist or speaker or just a participant. One of the bilateral negotiations held under his leadership to Laos's government on Orbital slot provided by ITU, which was successfully concluded to the benefit of Nepal.

He keeps writing articles on contemporary and governance issues published in national newspapers.

Mr. Gurung likes to read books mostly written by Nepali writers, fiction novels and books on experiences of world leaders, prefers travel to remote districts of Nepal and historical cities of the world.

Family of four, includes a daughter and son. At the age of six, he lost his mom due to unknown health condition, brought up by shopkeeper father Ananda Prasad Gurung and elder sister. Younger sister was only 6 months old, when they lost mom.

Are you sure about this ?